What Are The Laser Hair Removal Side Effects

Getting rid of unwanted body hair is not nearly as difficult as it used to be. With the increasing popularity of laser hair removal, getting rid of body hair you don’t want isn’t really that much of a hassle. And as the technology of the lasers improves, so does the quality and effectiveness of the treatment. There are a lot of “horror stories” around laser hair removal. But they are nothing more than that, just stories. So what are the laser hair removal side effects anyway?

An old horror story used to be scaring. People with darker or tanned skin were said to get laser scars. While a few scattered reports of this were true in the past, the problem no longer exists now thanks to the quality of the lasers. The lasers now are designed with the tolerance of skin in mind.

Another problem was skin blisters, resulting from the skin absorbing too much heat. Again, lasers are being designed now with this in mind. Also, the gel is applied to the sin during treatment to keep the skin cool and to prevent any kind of skin irritation.

Skin can sometimes develop hypo or hyperpigmentation. Basically what this is the darkening, with hyper, and lightning, with hypo, of the skin pigmentation. People with dark or tanned skin are more prone to these problems, but they are few and far between. Neither of these side effects last longer and the person performing the procedure will be able to inform you of any kind of treatment you may require.

Finally, some people have reported what is called crusting. Areas that have been treated more than once are where the problems can occur. Those that have been exposed to long pulses of ruby and alexandrite lasers are particularly prone to this. If this problem does occur, simply visit a dermatologist as soon as possible to clear it up.

These are the majority of the reported problems that exist with laser hair removal. Most of these problems were reported quite a few years back when the technology of the lasers wasn’t as far along as it is today. Such side effects now are rarely, if ever, reported. Redness of the skin for a day or two after is the most anyone will experience and it’s normal and nothing to be worried about. 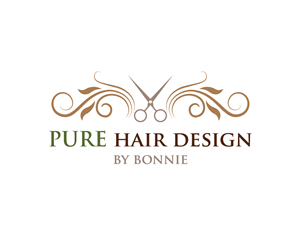